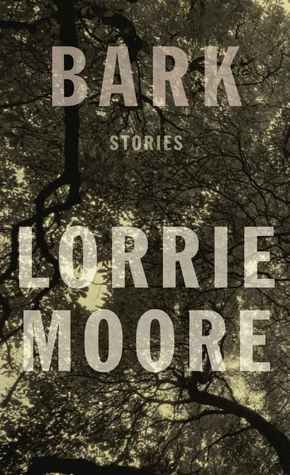 I’m going to start with a little confession: I’ve never read Lorrie Moore before (say that three times fast). Why not? Who knows? But now after finishing her latest collection of short stories, called Bark, I can say I’m fan. And if you’re one of those people who wants to buy free-range poultry, brine it, and slow roast it in the oven but accidentally sets the oven to Clean instead, then you should be reading her as well. In the course of eight stories, she slices life into the messy bits where the best intentions and worst actions come to the same end.

In “Debarking” the hapless Ira tries dating six months after his divorce only to discover his newfound girlfriend is overly attached to her teenage son. “Paper Losses” finds Kit trying to understand the new alien qualities her husband exhibits when he mails divorce papers to her even though they still live in the same house. She can muster anger but finds

Rage had its medicinal purposes, but she was not wired to sustain it and when it tumbled away, loneliness engulfed her, grief burning at the center in a cold blue heat.

The second wedding of her daughter’s nanny (and the first husband being the best man) is an opportunity for the even tempered, go-with-the-flow narrator in “Thank You for Having Me” to explore her feelings about motherhood

Surely that was why faith had been invented: to raise teenagers without dying. Although, of course it was also why dying was invented: to escape them altogether.

It is in each of these moments that Moore allows us to peel back the skin of what we think we know to see the heart of the moment. More often than not, this works and I found myself increasingly delighted with what I was reading. There are a few instances where this magic abates leaving a feeling of confusion rather than recognition but they are the minority and Moore’s gift rallies in the next moment to reconnect reader and prose.

Bark is a wry and witty look at all that can go wrong in human relationships and how we choose to respond to it. These are people dealing with the less-than-fresh leftovers of relationships and while Moore’s snarky wit is sharp, it’s not cruel. Insofar as we laugh at any of the characters for their foibles, we’re laughing at ourselves. And for some of us it’s exactly what we need.

The Mere Wife: A novel
Behold the Dreamers

The Answers: A Novel by Catherine Lacey

And the Mountains Echoed