I have been intrigued by the life of Camille Claudel since watching the 1988 movie by the same name. She was a sculptor, living in Paris in the late 1800s, a time that was not conducive to female artists of any kind. At seventeen her talent was already such that, because of her father’s belief in her, he hired a real sculptor as a tutor for her. This is where Heather Webb’s novel, Rodin’s Lover begins and through it we follow Camille as her talent grows and her subsequent relationship with Auguste Rodin feeds both the best and worst in her.

In her choice of title for the novel Webb echoes the sentiments of the time, in that, for the most part, Claudel was largely known for her affair with Rodin. Despite having an enormous talent of her own, her art would never begin to achieve the fame that his did and, as shown in the novel, what success she did have was due to his persistence in forcing critics to review her pieces. For her, this was a painful necessity and one that contributed to her growing sense of paranoia and agitation. She wanted her work to stand on its own and to be acknowledged as Camille Claudel, sculptor, not Rodin’s lover.

Webb goes even further in Rodin’s Lover by exploring Claudel’s psychological issues. What as a child and young girl were simply tumultuous outbursts become, as a young woman, explosive and disruptive. They are not always against others but erupt even against herself and her work.

She didn’t always remember her actions during a tirade. Rage welled from her toes and swept over her, but she couldn’t seem to control it.

This is the part of Claudel that is hardest to read about, but like so many extraordinary talents she was beset with mental illness. Was it exacerbated by the strictures against women of her time? Yes. Did her relationship with Rodin help? It would seem not, for even as he tried to promote her professionally, his personal life with a longtime companion caused her great pain. Webb layers these tormented facets of Claudel’s life against the beauty and excitement of France’s Belle Époque to give the reader a full sense of how both external and internal forces combined to keep her from achieving her exceptional potential. 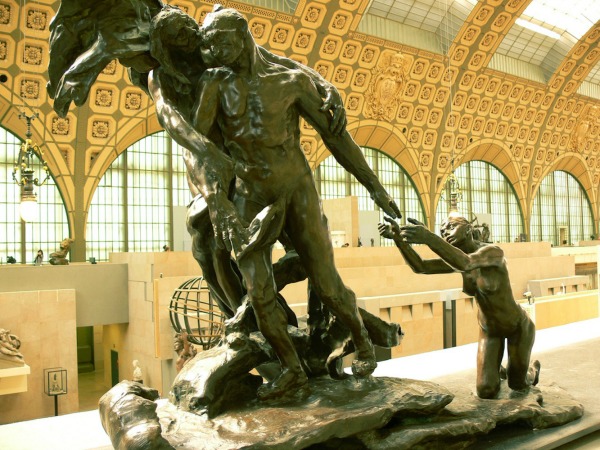 A Knock at Midnight

The Fortunate Ones: A Novel