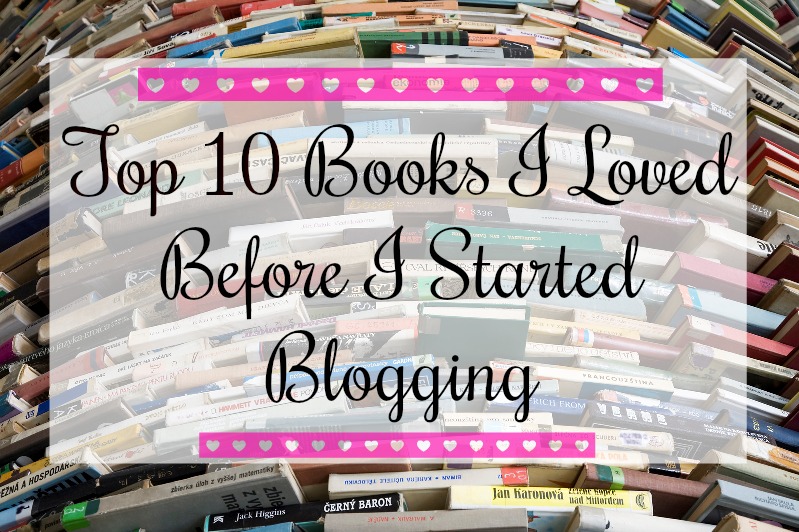 There is a great meme out there called Top Ten Tuesday. It’s hosted by The Broke and the Bookish and each week provides a bookish topic for book bloggers to write about. Two weeks ago it was Ten Books You Loved Before You Started Blogging. Two of my favorite bloggers, Sarah’s Book Shelves and Novel Visits posted their lists and the trip down memory lane was fantastic. The fact that it added even more books to my TBR, not so much. Anyway, it got me thinking about the fact that I’ve been keeping reading lists since before the electronic age began (I know, I know, I am a reading crone). What was I reading and loving before there was even such a thing as blogging?

So, even though I’m a week late, here is my trip down memory lane, complete with 10 backlist books I loved and think you’ll enjoy as well. In almost every instance, each of these novels was a ‘first’ for me—all contributing to reading more deeply and out of my comfort zone. And because I read them so long ago, I don’t trust myself to give a synopsis. If you click on the title link you’ll go to Goodreads so you can see what they’re about.

Look how cute! A book that you write all your reading in. Pre-Goodreads, low tech record keeping. Handwriting- how bizarre. I have no idea what the pink highlighter marks meant!

The Red Tent by Anita Diamant: I loved this novel because it was the first I read where a woman from Biblical times was the focus. I was shocked and utterly enthralled.

The Story of Lucy Gault by William Trevor: A willful little girl makes a decision that irrevocably changes her life. Trevor’s prose is absolutely gorgeous. This novel is a masterpiece of lyrical Irish writing.

A Trip to the Stars by Nicholas Christopher: A little boy is kidnapped by his great-uncle and taken to a magical and unusual home in what turns out to be Las Vegas. Which does the story no justice at all. It’s a story of growing up and how fate and the universe works in each of our lives. Reads like a fable and is extraordinary. I still keep checking to see if the author did a sequel.

No Angel (Spoils of Time series) by Penny Vincenzi: Historical fiction, that some would call chick-lit, but I disagree. None of Vincenzi’s female protagonists are in it for a man. They’re all strong and smart and, in some instances devious and bitchy. This series is perfect for cold weather reading—settle in with a glass of tea (or wine) and enjoy.

My only quibble with Vincenzi’s books? The covers. They are each and every one cheesy and dramatic and the writing is not. It’s not War & Peace, but it’s not Danielle Steele.

Memoirs of a Geisha by Arthur Golden: Full immersion into a world that was utterly foreign, combined with universal themes of ambition, love and survival. Oh-so-good! Also, on the off chance you haven’t see it- the movie is visually stunning.

Autobiography of a Face by Lucy Grealy: When Lucy is a little girl she gets a cancer that metastasizes in her jaw, necessitating the removal of a portion of her jawbone and teeth. As she says, what it does to her face and her life is more devastating than having cancer—a devastating indictment of our looks obsessed world. This was the first time I read a memoir (as opposed to biography) that was literary in its power. Painful reading, all the more so, because despite going on to become an acclaimed poet, Grealy never recovered her health or sense of self and overdosed when she was 39. Side note: she was very close friends with Anne Patchett who wrote a wrenching memoir about their friendship called, Truth & Beauty. 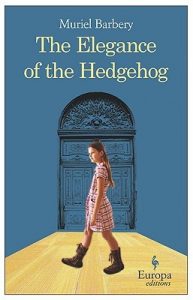 The Elegance of the Hedgehog by Muriel Barbery: One of the first novels I read where the characters were not necessarily outwardly likable, but had rich and wonderful inner lives. And where disparate people create intimate connections that surpass traditional family bonds.

The Longings of Women  by Marge Piercy: This is the first novel I read that used multiple POVs and all women. It was quite startling because it was about the way things can go wrong as an adult, even when you think you’ve got it figured out. It was one of the first times I read a novel that felt very real and scary. I made me think about a lot of things I’d never considered.

House of Sand and Fog by Andre Dubus III: The first novel I read that I thought ‘this is what is meant by literary fiction’. Dark, poignant, and thought-provoking. A cast of characters all trying to do the right thing, but not listening to anyone else. It was written in 1999 and yet is even more relevant now. Dubus wrote another novel of our times that was a favorite before there were blogs. It’s called The Garden of Last Days and is another 5 star book for me. It’s post 9/11 and reflects a similar mindset to where we are now.

Ahab’s Wife by Sena Jeter Naslund: What I remember most about this historical novel was the immersive nature of Naslund’s writing and the fact that she took a major literary character and crafted an entire novel about his wife, leaving him with a very minor role. It was the first time I’d read fiction based on fiction and I loved Naslund’s creativity. Plus, Una’s life journey is epic.

There you have it! This has been so much fun I’m thinking of re-reading each of these before the end of the year to see how well they hold up.

What are some of your favorite books from years past?

It’s Not You It’s Me: Mini-Reviews