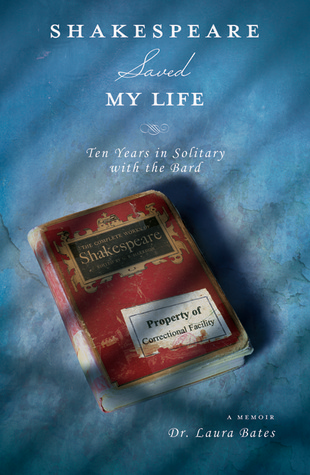 Dr. Laura Bates is an English professor, specializing in Shakespeare, at Indiana State University. For the past fifteen years she has taught at college and in prison, where she brings Shakespeare into the lives of some of the prison systems most hardened criminals. Shakespeare Saved My Life is her book about this journey and about one inmate in particular that she worked with. Larry Newton is a prisoner who has been in some form of penal institution since the age of ten. At seventeen, he is tried for murder and is pressured by his mother to accept a plea bargain to avoid a trial and the death penalty. He does, but in addition, waives his right to ever appeal the decision in a court of law. By the time Dr. Bates meets him he is locked down in SHU (Secured Housing Unit) at the Wabash Valley Correctional Facility in Indiana. SHU is also known as solitary confinement or ‘supermax’ and is the highest security area in designated prisons for the most difficult inmates. The inmate is housed in a windowless concrete cell, five paces wide, alone, with no human interaction for 23 hours a day. Because of his propensity for escape attempts and his wounding of a guard, Newton would be kept in SHU for ten years.

Dr. Bates begins working alone with him. At the same time she gathers a group of eight other SHU inmates who have expressed interest in a reading program and with one anthology of Shakespeare’s work, copied and distributed to the group, they begin their education.

For the next two hours, with no chairs in the cells, they kneeled on the concrete floor in front of the cuff ports. With shackles still on their ankles, the prisoners communicated with each other through those little slots.

Dr. Bates sits on a folding chair in the corridor between the two rows of cells and conducts class to a series of white metal doors with only the smallest of openings—large enough to move food and handcuff an inmate’s wrists.

Shakespeare Saved My Life is not a liberal treatise on the penal system. Dr. Bates does not explain, dismiss, or defend the inmates’ actions and neither do the inmates. There is no discussion of guilt or innocence, justice or injustice.  The book is solely focused on what happens to a human mind when you introduce literary works previously considered far above an educational and intellectual level. There’s no magic, no new drugs, no high technology. Just reading the works of what many consider to be advanced level literature. At the same time that the program is expanding (there is waiting list of 50 at one point) we also journey with Bates on her relationship with Newton. He is the one inmate for whom we are given a more personal perspective as, after years of working together, Bates begins to record their meetings (with permission from Newton and prison management). He is the one who proclaims that during his ten years in solitary “Shakespeare saved my life.” As his intellectual capabilities expand he also experiences personal growth and comes to realize

This book may run contrary to some readers’ beliefs but it is not Bates’ intention to proselytize or change anyone’s mind. She does an admirable job of letting the inmates speak for themselves and in many cases, as the program progresses, the level of insight by these men into tragic Shakespearean characters, plots, and motives, reads like a master’s level English class. The grammar may not be spot-on but the thoughts are profound and often focus on what traditional Shakespearean scholars had deemed to be uninteresting or minor works and scenes. Shakespeare Saved My Life is a powerful book and well worth reading no matter your feelings on the penal system and how inmates should or should not be treated. It’s about the transformative power of learning and its ability to transcend time and situation.

You can purchase Shakespeare Saved My Life at:

As Close to Us as Breathing

A Very Punchable Face by Colin Jost
Salt Sugar Fat: How the Food Giants Hooked Us

Ariadne: A Novel by Jennifer Saint

The Marriage Portrait by Maggie O’Farrell