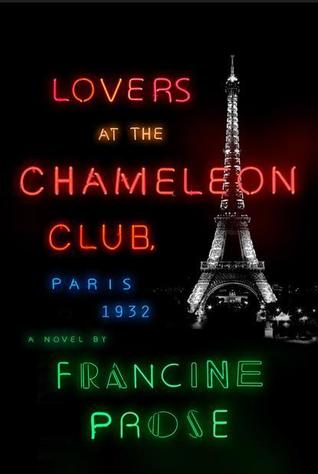 It’s a testament to author Francine Prose’s prodigious talent that she can bring together a cross-dressing lesbian Nazi spy, a French baroness, and a Hungarian photographer, and not have it read like a bad joke. Lovers at the Chameleon Club, Paris 1932   takes all of the characters listed, adds an American author, the photographer’s French girlfriend, and the Chameleon Club’s owner, Yvonne and lets them all present their take on what happened at the infamous club from the late 1920s through the end of WWII.

Lou Villars, the Nazi spy and race car driver in the novel is loosely based on the life of Violette Morris, a French athlete who spied for the Nazis, but it is Prose’s imagination that brings her story to life—as unpalatable as it was. While still working at the Chameleon Club Villars gets her fortune told and is informed:

“You will move extremely fast. You will be greatly honored. You will inflict a great deal of pain. You will die a violent, early death.”

Lou is the only character who does not speak but is represented by a less than credible biographer who spends far too much time talking about herself and her problems, making her a weak link. The same could be said of the photographer who is only shown through his letters to his parents, which come off as spoiled, plaintive, and childish for a man approaching his forties. Nonetheless, the “dissolute” lifestyle found at the Club and the events that force each character to decide who they truly are under their costumes are enough to make Lovers at the Chameleon Club, Paris 1932 a richly told tale of the human heart.

Famous Brassaï photo “Lesbian Couple at Le Monocle, 1932” was part of the inspiration for the novel.

A Place for Us: A Novel

The Wine of Solitude
Rare Objects: A Novel