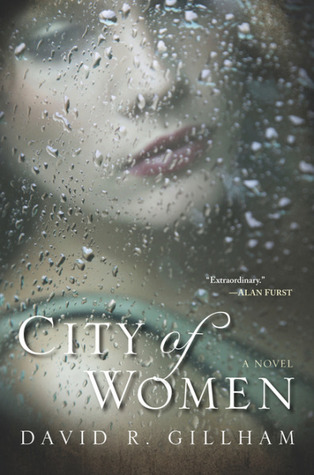 The grandpa just stares backward at a world that no longer exists, or forward to a world beyond his comprehension.

For Sigrid Schröder her life in 1943 Berlin is one of grinding tedium, working days as a stenographer and spending nights in a small apartment with her mother-in-law and withdrawn husband. Her only escape is a movie theater where she can sit quietly in the balcony with her own thoughts. There she meets Egon, a mysterious man with whom she embarks on a dangerous affair, for Egon is a Jew. For months they meet in a small shabby apartment and he provides the only source of life in her tedious existence. But even as their physical relationship grows stronger, he remains secretive about his life and past. Then with the same stealth that he slipped into her life, he is gone. So too is her husband who is sent to the Eastern Front.

Berlin at this time is a furtive dangerous place. As the war in the Soviet Union turns against the Nazis they become more determined in their efforts to clear Berlin of every Jew. Sigrid continues with her afternoons at the theater, often hoping to see Egon again but also to get away from her mother-in-law, who has become increasingly surly now that her son has been sent off to the war. It is on another afternoon that Sigrid meets Ericha, who slides into the seat next to her and begs for her help. Sigrid knows Ericha from their building but they have never spoken. She helps her and then, intrigued, begins a quest to learn more about the girl. What she finds is that Ericha works with an underground movement getting Jews out of Germany. Slowly, Sigrid enters her world and begins helping people escape, while still maintaining her mundane surface persona. Egon re-enters her life and at the same time, she finds herself entrusted with his wife and children, neither knowing her involvement with the other. As she moves deeper into the underground world all of her beliefs and perceptions are called into question.

“She finds a small closet in her head, in which she can shut away the fear of hiding an attic full of contraband people from the Gestapo, and begins to mimic her old, bland addiction to routine.”

Author David Gillham conceived City of Women when contemplating the question: “What would you do?” regarding the Holocaust. Many authors of both fiction and non-fiction have answered the question but Gillham does so with a complex cast of characters that are deceptive and ambiguous, shifting shape from light to dark and back. While a number of these characters are men, the majority are women, much as Berlin itself was by 1943. Each has a secret and all have the power to cause incalculable harm to each other. So, as Sigrid progresses in her inner journey of growing awareness to the facts she’s chosen to ignore and, to her very beliefs about herself, Gillham deftly ratchets up the tension in her outer life. Her husband returns, but like Egon, neither are the men she remembers. Slowly and inexorably, the parts of Sigrid’s life that she worked so hard to keep separate, come together. Ultimately, she decides just how far she will go and how much she will continue to ignore. It is at that point, that Gillham answers the question, “What would you do?”

“Who decides who lives? Divine calculation? Fate? All evidence aside that neither exists, that life is a random series of numbers…She cannot help but believe that there is some kind of unknowable clockwork in operation. Some vast pattern, unseen at street level. Perhaps, because otherwise what would be the point?”

The Weight of Temptation

The Heart’s Invisible Furies
At the Water’s Edge