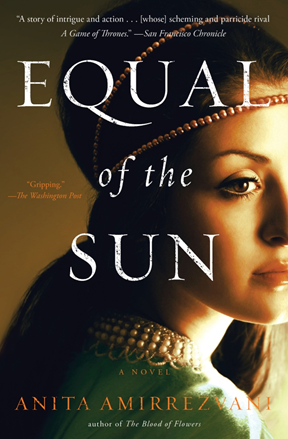 There is not much historical fiction out there about sixteenth-century Iran (Persia at the time) and what there is, is about the shahs of the day. The world of women and the harem is generally written about from the stereotypical perspective of one man and hundreds of lovelies who live only to serve him. A heroine might appear but even then she is most often saved by a prince. How refreshing to read Anita Amirrezvani’s new deftly titled book, Equal of the Sun.  It is a fictional look at Pari Khan Khanoom Safavi, the daughter of Shah Tahmasb. Although a woman, Pari’s royal status, education, and quick mind make her an invaluable asset to her father. Politically, she moves in the world with all the authority of a man although, while in public, she must remain hidden. When her father dies unexpectedly she believes that whichever of her stepbrothers ascends the throne he will continue to utilize her as a seasoned politician and tactician. She supports her older brother, Ismail, and when he is chosen by the court on the strength of her support she is hopeful that her life and power will continue as before.

Equal of the Sun is about the life of Princess Pari but Amirrezvani adds a twist to the tale by telling it from the perspective of Pari’s personal eunuch, Javaher. He is a young man whose father falls out of the Shah’s favor and is murdered. In order to restore his family’s good name and the Shah’s trust, he decides to undergo castration, despite being seventeen years old, well beyond the normal age for the operation. After a stint as her younger brother’s tutor, Pari chooses him to be her spy in court, to go places that she cannot physically go as a woman. Beneath the surface of this loosely knit story of the Safavi dynasty there is an intriguing subplot. After he is taken by Shah Tahmasb and moves up in the ranks, Javaher learns there have been astrological predictions about his role in chronicling the Safavi dynasty. It has been foretold that he will write the history of the greatest shah of their clan. This becomes both a burden and a reward as he is swept up by the events of the time.

The book entertains with its lavish descriptions of court life and the extravagant dress and lifestyle of the royals. At the same time Amirrezvani clearly portrays the tenuous nature of life within that world and how quickly things can change. Through a well-paced plot she conveys the paranoia that attends even the most stable of characters when the whims of a shah can mean instantaneous death.

Ostensibly, Equal of the Sun, is about Pari and her fate as a princess with the intelligence and experience to rule a kingdom but it also moves through the world of eunuchs and their place in this world. Yes, castration left a male unmanned but in the world of harems and old world attitudes of what constitutes power, both Pari and Javaher make strength out of their perceived weaknesses, manipulating the men who believe they control them. Amirrezvani shows how two classes of people, who are seen as far inferior to men, maneuver and weave their way through court life often shaping the destiny of those around them. Even when Pari’s luck runs out, Javaher, in a final act of loyalty and love, ensures that her name will live on.

The Arrangement: A Novel by Sarah Dunn
Loner: A Novel

Mirrorland: A Novel
The Futures: A Novel
Emma: A Modern Retelling 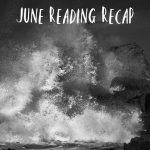