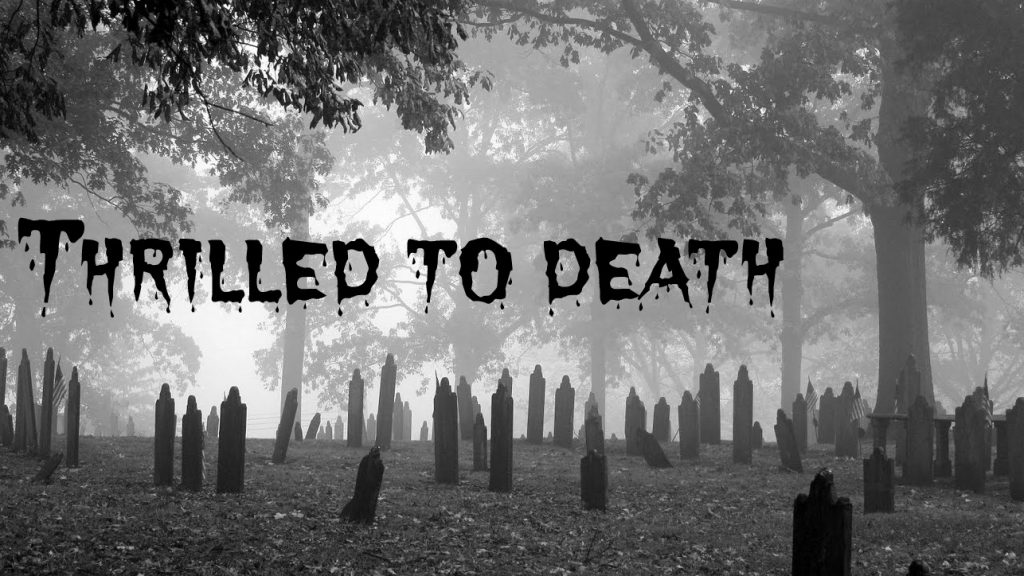 This is the type of post that should wait until Halloween, but honestly who wants to wait for reviews of the kind of reading that keeps you up all night? Here are two recent releases that fit the bill for fall creepster reading. Both involve death and one thrilled me.

Although you never really know in a marriage who is responsible for what, do you? Husbands and wives collaborate, hiding even from themselves who is calling the shots and who is along for the ride.

Lizzie and Michael, Taylor and Finn are married couple friends—sort of. Finn and Lizzie dated a long time ago, but that’s been over for awhile and now they’ve decided to go on vacation with their respective spouses in tow. The trip is Italy and includes Finn and Taylor’s ten-year-old daughter, Snow. This is the cast in Delia Ephron’s deliciously wicked new novel, Siracusa. It’s probably important to note a couple of things: Taylor is a helicopter mother-from-hell whose delusions regarding the precocious and oddly silent Snow are epic

Snow is sometimes unintentionally provocative. It comes from her innocence, her naiveté.

(I read those lines and thought, “Oh, this kid is going to be a hooker by the time this is over.”)

and everyone has a secret, some of which are bigger than others, but all of which are going to explode before the novel ends.

Ephron is the fairest and most organized of authors—not only does each adult get their own chapter to explain the major scenes as they occur, but the novel is split into the days of trip. This works for and against the reader as the push-pull feeling of the varied perceptions keeps the mind off-balance. Who, if anyone, is telling the truth?

If you’re compelled to parse out every detail and sleight-of-hand in a thriller so as to crow ‘I knew it’ the minute the tale turns then Siracusa is not going to hold up for you. There are some things about this twisty, vicious tale of marriage, parenthood and travel (what a fabulous combination!) that don’t quite add up on closer scrutiny. But honestly, I don’t care. Ephron builds something that has all the momentum of an avalanche; there is no stopping the story or getting out ahead of it once that upper crust of snow breaks. And if, when everything slows to a stop there are losses or missing pieces, closer inspection is useless, the story has swept away and buried any doubts. This is fabulous stay-up-late, no-regrets reading.

Herman Koch has cornered the market on the sinister, unnamed, unreliable narrator. In his latest novel, Dear Mr. M, the narrator lives in an apartment above an aging author and, to some degree, stalks him. The author, M, had his greatest success writing a thriller about an affair between a teen and her high school teacher, who goes missing. It’s a success he can’t replicate and he’s floundering as his career and his life wane. Koch also segues back to the teens in the novel, their lives and the events as they really happened. Three stories that may or may not have anything to do with each other are merged into one.

Just like Ephron in Siracusa Koch lets everyone speak in Dear Mr. M in that each protagonist narrates a section of the novel. By the novel’s midpoint, I can only marvel at how he has so wholly embraced the unlikable character that virtually everyone in the novel is unlikable. From the misanthropic M to the mysterious neighbor to the teens—the sociopathic Herman and his girlfriend the manipulative Laura—all embrace varying degrees of unpleasantness. At times, Dear Mr. M feels less like reading fiction and more like attending a Trump rally—everyone and everything except the person narrating comes under fire for being stupid, lazy, and worthless: teachers, libraries, neighbors, cafes, children, marriage, teenagers. Koch not only gets to the nasty heart of the matter, he lives there. That he does so in a way that hints at some of the less-than-flattering things we ourselves may think is part of his dark gift.

Despite Koch’s finesse and diplomacy in letting virtually everyone say their piece the conclusion to Dear Mr. M feels muddled. Namely, it’s never made clear what the upstairs neighbor was trying to do. Initially, it’s played as if he has the goods on M, but that plot passes and in the end he’s just a bystander (not a spoiler, there is plenty of mystery left). Thankfully, this weaker than expected ending is not enough to keep Dear Mr. M from being good reading. If nothing else, I was left wondering about the potential parallels between Koch himself and M. When M is at an event for his latest book he wonders

And with sentiments like that, Koch’s writing continues to roil up questions and emotions. I wasn’t thrilled by Dear Mr. M, but I’ll still want to read what he does next.

Something Wicked This Way Comes: Mini-Reviews