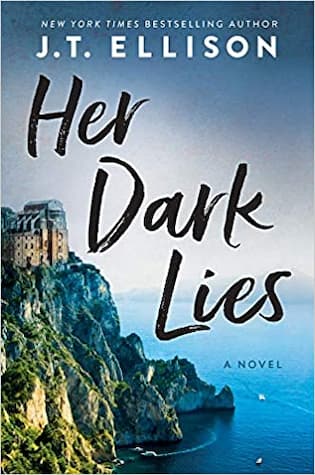 Monday was fun day for reviews, but today’s a bit different. Still fun, but as you can probably tell from the title, Her Dark Lies is not a light-hearted romp through the craziness of reality TV. This is a thriller about a young woman marrying an older man with an insane amount of wealth and a lot of secrets. Basically, Rebecca on steroids and set in the modern-day world. Claire is an artist and Jack, her fiancé, manages the philanthropic arm of his family’s vast business empire. They’re getting married in a discrete ceremony, but in an ancient Italian villa on a remote island Jack’s family owns. And so, begins the fun…

On their last night in Nashville, before departing for Italy, Jack and Claire surprise an intruder in her home. Claire kills him, but Jack decides it’s best if one of his security guards claims the deed to avoid unwanted press. This is Claire’s first inkling about the full reach of the Compton family resources and the enemies that can generate. Also, that being a powerful man’s wife may come with strings. Misgivings aside, Claire relaxes into the romance of her wedding’s setting. Until they dock on the island to learn bones have been discovered nearby. Not as foreboding as it sounds, because the island was once Caesar’s armory and is being restored in places. Everything else is stunning, no detail too small, no comfort overlooked. Author J.T. Ellison leans into the luxury that can bought when money is no object, which is always fun reading.

She also plants seeds that, as they accumulate, heighten the tension around the wedding. A note written in a woman’s handwriting in Jack’s drawer, an overlooked piece of glass that cuts Claire’s foot. These seeds are fertilized by more traditional pre-wedding issues on Claire’s side: a mouthy friend who doesn’t really like Jack, a mother with a drinking problem, and a competitive sister. Ellison adds weather, utility problems, an unexpectedly accelerated timeline, and lets Her Dark Lies blossom into a ominous thriller.

All of this works to make the novel the right reading at the right time. I wasn’t looking for a challenge. I wanted a story that swept me up and kept me reading and Her Dark Lies achieved that, even if the plot became a bit operatic by the end. As it built to a somewhat implausible crescendo, I didn’t mind, because Ellison’s writing, her choices, had me invested in the story and I HAD to know what happens. Which is sometimes all I need in my reading.

*I received a free copy of this book from MIRA in exchange for an honest review.* 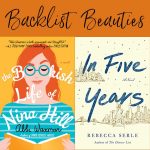