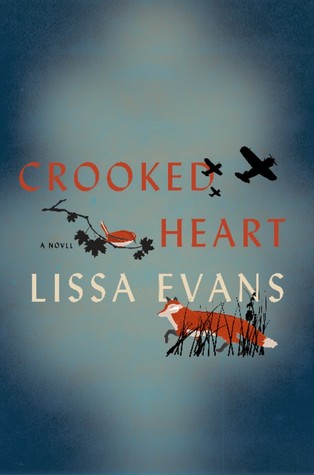 Noel is a ten-year-old who has been living with his godmother in London, until she dies. He moves in with her nephew and his wife but they are not well suited for a child of Noel’s personality and use the excuse of the impending war to send him to the suburbs to live with a foster family. Vera Sedge is the frazzled woman who sees Noel less as a child to be helped and more as a meal ticket when she takes him in. As World War II ramps up around them, author Lissa Evans follows the unusual Noel and Vee in Crooked Heart, as they try and make sense of each other and of life in wartime London.

Having been raised by a strong-minded and crotchety former suffragette, Noel is a child of distinct tastes, intelligence and opinions. Not surprisingly this does not endear him to the adults around him or, for that matter, to the children. For Vee, a hapless woman who spends more time cooking up schemes to make money than she does working, he is the epitome of everyone who has held her down and made her life difficult. That is until her latest venture, going to door-to-door to collect for war charities that don’t exist, proves to be more than her flustered brain can handle and Noel steps in (for a cut of the profits) to provide pathos as an orphan. Only then is he a person of interest, although still annoyingly precocious.

Vee and Noel and the thoughts that percolate in both their brains are the anchor of Crooked Heart but Evans doesn’t stop there in mixing in additional characters that contribute to the sweet and sour feel of this novel. Many of Vee’s actions are due to the guilt she feels about her son, Donald, because of a heart murmur she somehow feels is her fault. What Vee sees as tragic Evans quickly makes clear is a lazy oaf who uses his heart murmur both to get out of work and to earn cash by standing in for men who don’t want to be drafted. It is only when his con goes awry and puts Vee in more danger than her own scams that she sees him clearly for the first time.

Vee stood and looked at him, this large man in her kitchen who had never learned—never been taught—the meaning of obligation, and with a slow surge of despair that was almost like nausea she realized that the calamities of the day, every last one of them, had simply been lying in wait for her; not the actions of cruel fate but a series of tripwires lovingly laid by herself.

There are so many WWII novels out there that it seems almost impossible to find a new perspective but Crooked Heart does. Evans writes with honesty about off-kilter characters at a time when the world seemed to be clearly divided between villains and heroes. In the same way she highlights the small absurdities of their lives during a time when normal has no meaning. That she imbues the quirky and somewhat unlikable Vee and Noel with humor and insight as they muddle through these days, means that even if their hearts are crooked, they are real and we are left caring about them. 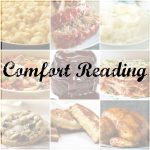 The Tally Stick by Carl Nixon

The Christie Affair: A Novel