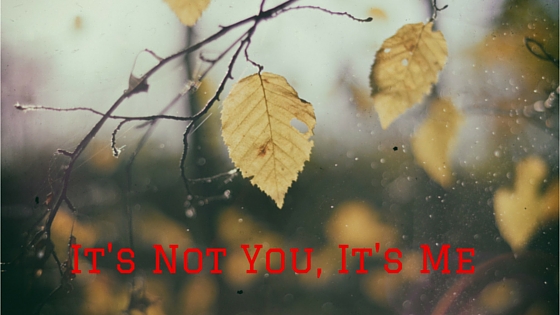 Hard to believe readers, but we’re nearing the end of October. The graphic is a pretty good representation of the weather here in the Pacific Northwest- cold and drippy. Sometimes this theme is a bit of a stretch because I simply did not like a book, but today I have two mini-reviews of books that, while they did not work for me, were well-written and likely to be good reading for someone else. Perfect It’s Not You, It’s Me reading!

Two years after her husband died 79-year-old Harriet Chance is notified that he won a raffle for an Alaskan cruise. Despite the concerns of her children she decides to go with her best friend, Mildred, but on the day of the departure Mildred backs out, leaving Harriet to go alone. This is Your Life, Harriet Chance! is Jonathan Evison’s newest novel and it does, indeed, follow Harriet’s life with quick chapters flipping around from present day all the way back to Harriet’s childhood. The novel is modeled after the 1950s television show of the same name but unlike that program much of what the narrator/announcer shows about Harriet’s life is not happy. We learn that her desire to view the past through rose-colored glasses was really often using glasses of rosé to cope.

The television show, This is Your Life! relied on a preternaturally upbeat announcer and Evison utilizes that same folksy, chirpy tone in the novel to great effect, namely because just when it becomes cloyingly annoying it reveals a hard truth. This is felt at a number of junctures in Harriet’s life, especially in the years when she cared for her husband Bernard as he succumbed to Alzheimer’s. Here Evison drops any pretense of good times, opting instead for a painfully honest portrayal of Harriet as caregiver.

In that it so clearly emulates the TV show This is Your Life, Harriet Chance! is spot-on in it’s tone and style. In the same way that the show would catch the participant off-guard with surprises from their past so Harriet is ambushed. Evison uses humor and this retrospection to great effect, but ultimately I found the novel depressing. It felt as if much of Harriet’s life was a lie, a lie she told herself to get by. This might have worked for me, if the novel had a different conclusion but the final resolution fails to answer Harriet’s most pressing questions about herself. It may be that my age demographic is neither close enough to end of life nor far enough away to fully appreciate Harriet’s journey.

A master re-teller of fairy tales, Gregory Maguire is back with After Alice, a look at what happens to Alice’s friend Ada when she falls down the same rabbit hole that took Alice on her adventures in Wonderland. The story follows both Ada’s travels underground and the confusion that reigns aboveground as both girls’ families try and figure out where they have gone.

I enjoyed Maguire’s Wicked, but I had a familiarity with the original story The Wizard of Oz and so could appreciate what Maguire was doing. That’s not quite the case in After Alice. I only recently read Alice’s Adventures in Wonderland so while it was easy to enjoy how seamlessly Maguire adopted the cadence and rhythm of Carroll’s prose, the story is still largely the same—a fantastical upside down world where cats and playing cards talk and riddles abound. It is the real world of governesses, visitors, parents and siblings that is new and yet, I was never quite certain where this part of the plot was going. For those who loved the original Alice books After Alice will be a delight, but despite my love of puns and wordplay—of which there are plenty of both in the novel—it is not enough to keep my interest.

Have you read anything this fall that you didn’t like but thought would be enjoyed by someone else?

Turtles All the Way Down by John Green