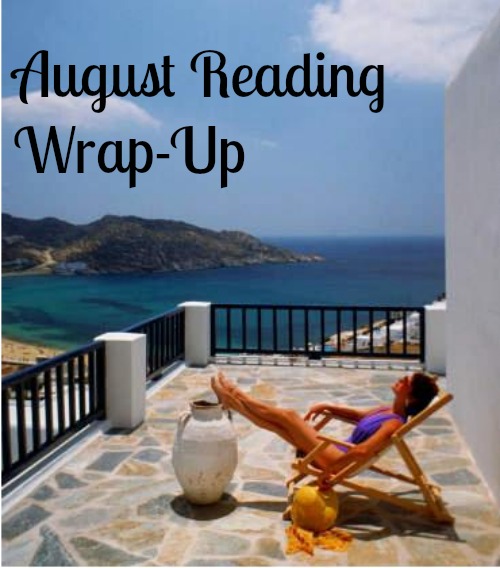 First of all, to anyone who looked at this photo and wondered (even for a second) if it was me then if I had a will you’d be the main beneficiary. No, darlings, I’ve not been lounging in Greece and even if I had I don’t look like that. But it was the most accurate portrayal of how August feels to me—between the frantic activity brought on by the end of summer and the scorching heat there really is nothing left to do but languish. And if someone could bring me a mojito, that would be lovely.

Grecian adventures aside, I do have August reading to report.

The Dollhouse by Fiona Davis

The Golden Age by Joan London

Sleeping on Jupiter by Anuradha Roy

In Age of Consent author Marti Leimbach explores the psychology behind child predators with Curtis, a twenty-eight-year-old pothead DJ who in 1978 manages to ensnare Bobbie, a fourteen-year-old girl, into a ‘relationship’. Bobbie’s time with Curtis involves drugs, crime and, of course, sex, but all is relayed with such dryness that it fails to create a sense of immediacy. It isn’t until the present day, when Bobbie comes back home to testify against Curtis for his assault on her, that a sense of the damage done is felt. Leimbach tries to heighten the tension with the fact that the prosecution’s biggest witness is her mother.

The pieces are there for taut drama, but it doesn’t go that way. Part of this is due to the fact that Curtis is portrayed as such a loutish, loser pig that it’s difficult to believe that even a 1978 thirteen-year-old would be drawn in by him. Which is not to blame the victim, but Leimbach did not make me understand why Bobbie would have had anything to do with this man in any way.

How was your summer? Did you have any time for reading?