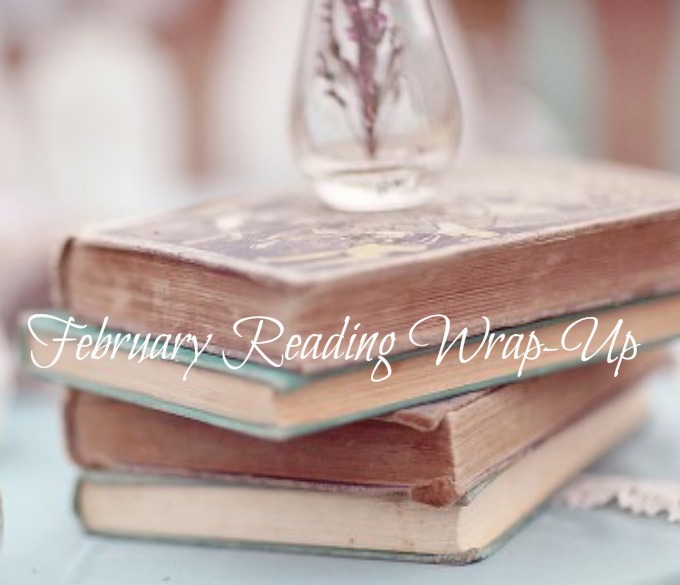 February has come and gone and it’s the first month in a long time that didn’t feel like it disappeared, which is nice for a change. It was also a month when the Seattle weather matched my reading—unpredictable, with sunny highs and cold lows, snow, high winds, thunder, sleet, hail…you name it. In both cases (reading and weather), I didn’t mind it too much except that the beautiful camellia tree in our backyard, which always blooms in February, finally gave up blooming after being frozen and battered. Normally by now, it’s a solid pink lollipop of flowers, but this year what flowers are left are bruised orange and the buds have fallen off. Regarding my reading, I had two five stars books which was lovely, but I also gave up on several books, and the rest were all over the board.

From a prologue that talks about how idyllic the neighborhood is to the first chapter when the narrator proceeds to snidely comment on everything that’s wrong with her neighbors (and best friends supposedly)—snobby, aging, remote, this novel is dreadful. Here is how she describes one such ‘friend’:

…so that the weak sun hit her pale and aging face, the tiny cracks and places where her cheeks fell in.

I’ll go all in on this one and include a pet peeve. Author Joanne Serling has a love of exclamation points that is nails on chalkboard. Not just in her characters dialogue, but throughout the narrative, with one in almost every paragraph and usually, several.

Cameron interjecting in a loud stage whisper to point out what his friend already knew. That this was his club! That he already knew where all the treasures were hidden!

An obscure Goya self-portrait is at the center of The Black Painting and the Morse family, who owns it. Or did until it was stolen after which time the family fractured amidst distrust and dysfuntion. Now with their grandfather dead under mysterious circumstances, cousins Teresa, James, Audrey, and Kenny are brought back together for the first time in a decade and things get complicated fast. Too complicated. I finished because it’s a mystery and I wanted to know whodunit, but got the sense that Olson decided the murderer at the last minute by throwing a dart at the list of characters.

Song of a Captive Bird by Jasmin Darznik: 5 star love, my review

After I Do by Taylor Jenkins Reid
Published by Washington Square Press
Publication date: July 1st 2014

After falling love with Reid’s The Seven Husband’s of Evelyn Hugo last month I knew I wanted to read something else by her but had no idea what. Thankfully, Eva at Paperback Princess, recommended After I Do. While it did not have the depth of Evelyn Hugo, this novel was a perfect sorbet after some particularly difficult reading. Ryan and Lauren get married right after college, but quickly find that passion can easily ferment into resentment and disinterest if not handled properly. They decide to separate for a year, with no contact, to see if what they had is worth saving. Reid writes well and provides nuance for all her characters, making this chick-lit with a bit of oomph.

The House of Impossible Beauties by Jon Cassara: Review to follow

An American Marriage by Tayari Jones: My second five star for 2018, my review

My friend Sarah does this great thing on her blog—including what she was reading a year or more ago at this time. I always enjoy it so thought I’d add it in my monthly recaps to give a bit of love to backlist books.

One of those novels so creative it’s hard to classify

One to Watch: A Novel

Carrie Soto is Back by Taylor Jenkins Reid