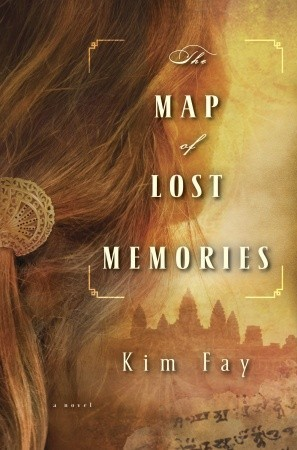 The one thing to remember about an adventure is that if it turns out the way you expect it to, it has not been an adventure at all.

They traveled at night as it was only then that the heat released its grip enough to make movement through the jungle possible. By 8am the temperature and humidity combined to immobilize every living creature. Despite the difficulties, this is the journey of a lifetime for Irene Blum. Raised by her father after her mother’s death when she was six, her childhood was spent in a Seattle museum where her father was the night guard. From her earliest days she has dreamed of exploring the jungles of Cambodia in search of the remains of the Khmer dynasty. Her love of Cambodia is encouraged, both by her father and by one of the museum’s wealthiest patrons and a family friend credited with saving her mother’s life when she was pregnant with Irene. Henry Simms gives her access to his collections and a vast knowledge of ancient Southeast Asia. From thousands of miles away she grows to be a woman obsessed with finding the King’s temple and the treasure it contains.

After her father’s death, Henry gives her a diary written by an American pastor in the 1800s who claims not only to have found the King’s temple but also to have seen its treasure—a series of scrolls containing the entire history of the Khmer dynasty, of which nothing is known to exist. It is Henry’s greatest desire to see these scrolls so, with his money, Irene begins her quest. Her journey starts in Shanghai where she begins to assemble the group that will eventually accompany her into the heart of Cambodia. The person most critical to her plans is Simone Merlin, a well-known activist and agitator who grew up in Cambodia and is also a scholar on the Khmer. Given her practical knowledge of the land, the people, and the language, she is an invaluable resource to Irene.

The Map of Lost Memories moves from Irene’s initial meeting with Simone in Shanghai to the seamy underworld of Saigon and finally, to their trek through the jungles of Cambodia. Despite her skills negotiating in the museum world, Irene quickly discovers that she is out of her depth in this new country where everyone, the living and the dead, has secrets. Author Kim Fay draws the reader into 1920s Southeast Asia with lush and intricate details while at the same time building the tension slowly, with no break, much like the jungle heat, which is so stultifying it makes the crazy seem rational. The book is marvelous, escapist reading, layered with relationships, mysteries, and danger. The only thing that is certain is that there is no certainty- either of the success of their quest or of anyone’s motives. For Irene, this means she will only find what she is looking for if she can admit why she truly wants it.

Until now, she had known herself only as a person who yearned. A woman who had what she wanted was a stranger to her. But here, in this faraway temple, that stranger was finally within sight.

The Pasha of Cuisine

The Book of Magic by Alice Hoffman

Upgrade: A Novel by Blake Crouch

How to Set a Fire and Why