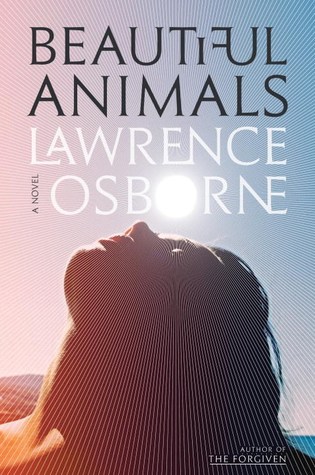 But things settled down and flowed on, because it was the law of summers among the rich that the season of leisure should flow like a large and charming river. The imperative was to have a good time and float on the luminescent surface.

Meet Naomi, a bored, twenty-three-year-old Brit vacationing on the beautiful Greek island of Hydra. She’s staying at the lovely villa belonging to her father and his wife. Naomi doesn’t ever need to work, thanks to her father’s starting and then selling an airline. Rather than respect for the hard work that has given her this life of luxury, she despises him for his conservative views about the world. When she and her new friend Samantha come upon a Syrian refugee in a remote area of the island she decides that helping the man is the perfect statement to demonstrate her progressive beliefs about redistributing wealth. This is the dichotomy of summer in Lawrence Osborne’s new novel, Beautiful Animals.

Naomi comes up with what she thinks is a foolproof plan for Faoud to rob her parents, which will provide him with the cash to get to Europe and start a new life. Sam agrees to help, as does the family maid. Without revealing too much, this plan goes very wrong and suddenly the people around Naomi are not behaving as expected. Faoud is long gone, Sam has found that talking about subversive activities is more exciting than dealing with their consequences and the maid wants money to stay quiet. Osborne uses these characters to play cat and mouse with Naomi’s equanimity. For how long can she keep ahead of the truth?

Osborne is gifted in his descriptive ability to evoke exotic tourist destinations—Morocco (The Forgiven), Southeast Asia (Hunters in the Dark) and now, Greece. The terrain of Beautiful Animals is redolent with the feel of the odd, baked heat that comes from a dry land and cloudless sky surrounded by cool seas. The water welcomes but the land is inhospitable. This same malevolent undercurrent flows through the locals—smiling at the expats and wealthy who flock to their island but eyeing them with a not-so-secret mistrust. Like Naomi towards her father, their resentment simmers beneath the surface. These contrasts work together to give Beautiful Animals a slow burn of psychological tension that lingers even after the mystery is solved. 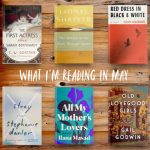 What I’m Reading in May

Peach by Emma Glass
All Things Cease to Appear

A Dual Inheritance
Loner: A Novel

Breathe In, Cash Out

Lovers at the Chameleon Club, Paris 1932

The Forgiven
Hunters in the Dark