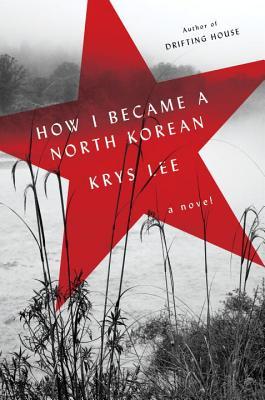 How I Became a North Korean by Krys Lee is a lot like the Korean delicacy kimchi—a confounding blend of elements that, until it has fermented, can be confusing and difficult to appreciate. But, just like kimchi, by halfway through the novel the three disparate main characters have released their identities to make the story come together. Danny is a sixteen-year-old boy, living in America after his family emigrated when he was nine from an ethnically Korean area of China. Yong Ju is also sixteen, but he is the son of wealthy and important North Korean parents, living a life of luxury in Pyongyang. When his father angers the Dear Leader he and his mother and sister must escape the country to avoid being put in a labor camp or worse. Jangmi is a young North Korean woman who has been surviving as a smuggler, eking out a living selling black market goods from China until she becomes pregnant and enters a bride-for-purchase agreement with a Chinese man in order to escape the country.

For Yong Ju and Jangmi escape to China is a matter of survival. They come from opposite backgrounds, with Yong Ju and his life of privilege having no idea how people like Jangmi lived in total deprivation and isolation from the outside world. Once in China he faces a new reality

I was no longer a privileged man from Pyongyang but a North Korean that you could abuse without punishment, and the locals knew it too well. I learned that a North Korean man in China was less than a man…

Danny is more of a mystery. He is socially awkward with a penchant for facts and information, but wrestles with his faith and his sexuality. When a classmate threatens to expose him, the need to get away feels real, but his actions after finding his mother in China, when he decides to head for the Chinese-North Korean border, lurch into what can only be seen as the impulsivity of the teenage brain. Rash action without thought of consequences. Only when his passport is stolen does what was an ‘adventure’ become a matter of survival.

For anyone ignorant of the realities of North Korea and China, How I Became a North Korean can become a cultural quagmire with so many ethnicities and social classes. The cultural prejudices and ethnic distinctions are confusing and become even more so when all three characters are living in China as illegal immigrants. There are points when this does burden the narrative, but Lee skillfully reins it back into the intersection of Yong Ju, Jangmi and Danny’s lives together. She melds the internal journey of each with the hostility that surrounds them to create a novel that is fraught with danger from within and without.

Dare Me: A Novel
City on Fire
How to Party with an Infant

What’s Left of Me is Yours