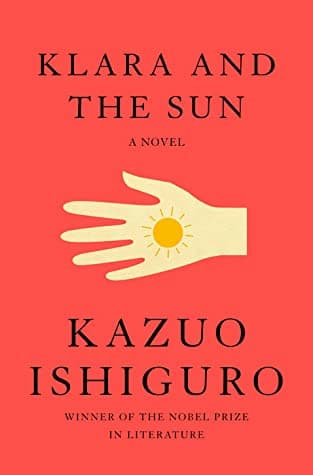 In an unspecified place, sometime in the future, Klara waits inside a store for her new best friend. Days pass and she moves from section to section, often gazing out the main window onto the street, observing and absorbing what’s happening in the world outside. She has a strong sense of who her new friend will be, a girl that only she can help, so when Josie arrives, she knows she’s the one. Josie chooses her, launching the story that is Kazuo Ishiguro’s new novel, Klara and the Sun.

Klara is an Artificial Friend, a human-like robot purchased as companions for wealthy teenagers. In the case of Josie, Klara is chosen specifically for her unusual ability to intuit emotion and context beyond her processing powers, because Josie gets sick. Her illness is not explained, but there are days and even weeks when she doesn’t leave her bed. When Josie is healthy, Klara and the Sun moves through a world where Ishiguro uses words like “lifted” and “substituted” to describe people’s lives in this society. Some children are “lifted” and attend special schools.

Klara and the Sun is science-fiction, but unlike Ishiguro’s Never Let Me Go, there isn’t the buildup and reveal of a chilling future for mankind. With Klara as narrator, events develop with a more measured feel, with Ishiguru perfectly emulating the way a computer would process the world around them. As she learns Klara becomes certain she knows how to heal Josie, but her certainty is limited to her experience, which makes it a childlike belief—not something expected from a computer. This combination results in an earnest tenderness on Klara’s part. Josie is her person, but Klara recognizes what the adults around Josie want but are not saying. She has to process conflicting data.

Conflicted is also how I ended up feeling about the novel. I wanted to love it, but it veered between too much information, with a clunky detour into a side character’s life and too little—what is this society? How deep is the impact of its disparities? Both caused me to pull away from the novel at certain points.

What never faltered is my admiration for Ishiguro’s elegant prose. He renders Klara with a fragility and calm acceptance that becomes increasingly poignant as Klara and the Sun progresses. He sketches so lightly on the page, never forcing recognition or emotion, and in doing so, opens the heart and the mind in unexpected ways.

If you’re interested in other novels by Kazuo Ishiguro, one of my favorites is The Buried Giant.

*I received a free copy of this book from Knopf in exchange for an honest review.*

The Lucky Ones: A Novel

The Complicities: A Novel

Nothing to See Here
All Girls: A Novel by Emily Layden

The Pasha of Cuisine
I Liked My Life
Guapa: A Novel