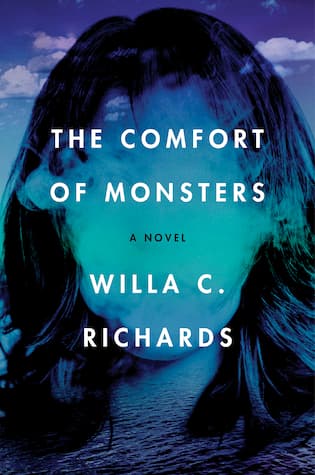 Milwaukee in the summer of 1991 was focused on one thing only—the arrest and investigation of Jeffrey Dahmer. The scope of his crimes dominated not only the local news but national as well. For Peg and her family, it meant the disappearance of her younger sister got no media attention and only limited help from the police. The Comfort of Monsters moves between that hard, heavy summer and 30 years later when Peg is still obsessed with her sister and the man she believes killed her.

In the present day Peg’s mother is dying. Her wish is to have her daughter found, if only so her body can be buried beside her. To that end, she elicits the help of a famous celebrity psychic who’s had success with missing persons cases. The hope is to at least bring attention to Dee’s case as no gains have been made. Peg is open to this option as well, despite having her mind made up. She’s spent the ensuing decades since Dee’s disappearance amassing evidence against Dee’s boyfriend, who was both abusive and cheated on her.

The Comfort of Monsters is not a thriller nor does it provide full closure. Instead, using the past, author Willa Richards creates ripples in an otherwise still pond. Seeing anything clearly is difficult. Peg’s determination for justice has derailed her life. She had hoped to be a poet one day, but at 49 she can’t keep a steady anything—job or relationship. Her recollections of Dee’s final summer are wavy and blurred. When events with the psychic don’t go as hoped, Peg is pushed further into her memory and the truth. Or is it?

There are revelations in The Comfort of Monsters but they hurt more than they help. This gives the novel an unsettled feel, a shifting narrative from Peg as fierce protector to that of extremely unreliable narrator. The relationship between sisters and the events of the summer become waves that muddy the waters. It certainly hewed to the title—monsters can be comforting because they are a clearly defined evil or menace. Holding onto them is easier than accepting the unknown.

I was conflicted after finishing this novel. On the one hand, it solidified an aspect of my reading taste—I don’t like missing persons stories with no clear resolution. They itch. On the other hand, I was still thinking about it days later—a good sign. Ultimately, The Comfort of Monsters is flawed in certain ways (spoilers), but Willa Richards is an author I want to read again.

If fiction about missing loved ones is in your wheelhouse, I highly recommend Marian Palaia’s debut, The Given World.

*I received a free copy of this book from Harper Books in exchange for an honest review.*

The Headmaster’s Wife: Giveaway and Review

Monogamy: A Novel by Sue Miller
You Will Know Me

In Sunlight and In Shadow

Mothers’ Week: A Woman is No Man

The Sacrament: A Novel