October was a massive month in book publishing and I was fortunate enough to read some amazing new releases (The Goldfinch, We Are Water, The Signature of All Things). With my focus on works of such depth and intensity some of the novels that did not move me to the same degree got ignored. Here then are three books I read with varying degrees of enjoyment.

is a newcomer to the chick lit genre from author Lorraine Zago Rosenthal. Savannah Morgan has been raised by her single mother to be hard working and independent but life as a library aide is not her dream job. She wants to be a writer. When the mystery of her father’s identity is revealed by a lawyer’s phone call informing her of his death and his billion dollar media empire, all of which has been left to her, she is stunned. The best part? The will stipulates she must move to New York and work at his news corporation with her half-siblings. Hello Manhattan, goodbye Dixie. Savannah arrives to her new life, excited and apprehensive, as her half-siblings know as little about her as she does them. She quickly learns that they have only one goal: getting her out of the will and they’ll use their expensive educations and deep pockets to do so.

New Money is fun reading with all the obligatory chick lit ingredients: lavish lifestyles, bottomless bank accounts, frenemies, cute guys, nightlife. The one difference is that Savannah is an uncomplicated and straightforward protagonist. While intrigue and bitchery swirl around her she remains polite and honest without being prissy. In this day and age, it may sound cheesy but it reads as refreshing. It is unusual enough that I’m looking forward to what Savannah does next. 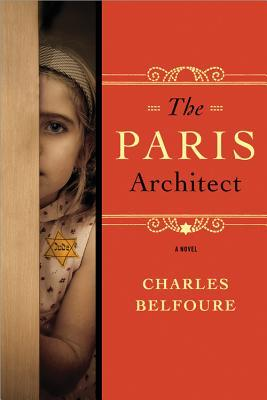 The Paris Architect: A Novel is a new novel about Lucien Bernard, an architect who has watched his career grind to a halt after the occupation of France by the Germans in World War II. He is surprised and excited when he is asked to meet with one of the country’s wealthiest men—an industrialist who manufactures engine parts. Auguste Manet has work for him but when Bernard hears what it is, his first instinct is to run without stopping. Despite being a Gentile, Manet is hiding Jews from the Nazis and needs Bernard’s help in constructing new hiding places that will not be easily discovered.

Despite his initial fear and reluctance, Bernard’s ego, love of architecture and need for money win out. He agrees to do the design in one of Manet’s beautiful apartments. The work will be executed by a team of Manet’s carpenters. In addition to the high fee, Manet also asks Bernard to design a new factory for him that will make German aircraft parts. The opportunity to create far outweighs Bernard’s loathing of the Germans and the stigma of being a German collaborator. Slowly, in tandem, he finds himself creating more hiding places and being given more work for German factories in France. He cannot do one without the other yet as his fear of discovery grows so does his alignment with the Occupiers.

The Paris Architect is a wonderful story but it lacked the eloquence necessary to fully bring me in. When it comes Bernard’s change of heart does not feel true or deep. Like several of the characters in the novel he falls flat. It is difficult to be critical of anything written about such an enormous topic but there are so many amazing novels out there dealing with the Holocaust and this one did not draw me in. A good story? Yes? A great read? No.

The premise is a fun one–a somewhat nerdy English professor in his late thirties meets a local celebrity and they fall in love. Cue the whirlwind romance, rash actions, regrets, and all that follows. The fact that this celebrity is an attractive sommelier who has her own television shows means that copious quantities of alcohol are involved on all parts. Vintage Attraction has the grounds for good romantic comedy but doesn’t bear fruit. The couple goes from living with roommates (although both are in their thirties) to buying a condo—with the obligatory neighbors from hell living directly upstairs. As said neighbors began exhibiting hellish tendencies during the initial showing of the loft it seems odd that Izzy and Peter would have bought it so readily. Unless they were drunk, which is possible because the concept of tasting wine (small amount of wine in mouth, then spit out) is an anomaly in the novel. I’m all for the joys of wine but these people drink anything and everything, often to the point of passing out. Feels more like self-medication than wine appreciation.

Everything happens fast and feels implausible, the good and the bad. Perhaps if Izzy and Peter were in their teens or even twenties such impulsive action would seem possible but they make almost stereotypically uninformed choices about themselves and each other. One area where the book does not disappoint is author Charles Blackstone’s descriptions of wines. This is especially true when Izzy and Peter take an extended trip to Greece. Blackstone covers obscure portions of the Greek islands and even more obscure (at least to Americans) varietals of Greek wines with confidence and panache, leaving the reader with an interest in both but not much else.