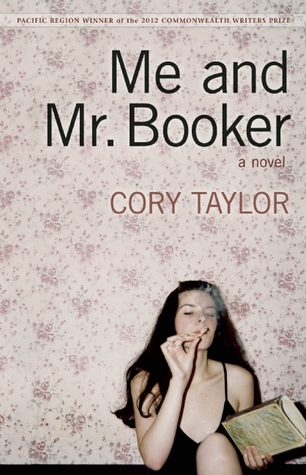 Me and Mr. Booker is sixteen-year-old Martha’s story of her affair with a married man. It’s Lolita from Lolita’s perspective which is physically less disconcerting but still likely to evoke moral discomfort. The story takes place in a small town in Australia which is notable only for being so unremarkable. As Martha says early on

I also think that what happened had a lot to do with the kind of place we lived in then, which wasn’t a city but wasn’t the country either. It was a kind of no-man’s-land, a town miles from anywhere that mattered, or that had any kind of smell. And everyone in it was just like me, trying to move on and start something, anything at all, even if it was almost certain to go bad.

She lives with her mother, who is trying to break away from her father who is, by and large, crazy. Her mother does this by socializing and throwing parties at her house, to keep company around and keep herself occupied and away from her manipulative, scheming ex-husband. Into this stultifying atmosphere appear the Bookers, a British couple with all the frothy flair of characters from The Great Gatsby. They love cocktails and parties and are filled with interesting conversation. In short, they mesmerize poor, bored Martha, who has been waiting for her life to begin. At first they are a trio, allowing her to feel older and sophisticated but soon they become only a couple. Mr. Booker initiates this change but Martha is a willing and eager participant. And while her teenage hormones do create what she thinks is love one never quite loses the sense that it was sheer boredom that propelled her into this affair.

I thought of all the journeys I’d made along the roads and couldn’t remember what the point had been to any of them, because that was the kind of place it was, so dull you got in your car and drove around looking for some kind of drama where you knew there couldn’t be any and then you came home feeling crushed.

Adultery and teen affairs with older men does not always make for easy reading. What keeps Me and Mr. Booker from being one-note is Taylor’s adept work with the other characters. Although the book is written from Martha’s point of view she makes clear the subtle shadings of each person, from Martha’s father who is a mystery in his craziness, to the feckless Mr. Booker, who as an adult should know better but does not and wants only to hold onto something he never had. One feels her mother’s struggle for emotional independence and Mrs. Booker’s quiet efforts to self-medicate herself from the truth of her husband’s loutishness. In Martha, Taylor’s writing is perfectly balanced between the put-upon ennui of a teenage girl and the inner voice that makes her real. The implications of her actions are lost to her and yet her pain and attempts to shrug it off with sharp retorts and foolish choices reminds one of just how unpleasant it is to be sixteen.

I was like someone suspended between being one way and being another, at a moment when all things are still possible. But if course they never are, at least not for very long. Everything settles into one set of facts sooner or later. If it didn’t nothing would have any shape or meaning.

Be Safe I Love You
Hunters in the Dark

The Comfort of Monsters

It’s Not You, It’s Me: Commitment Issues