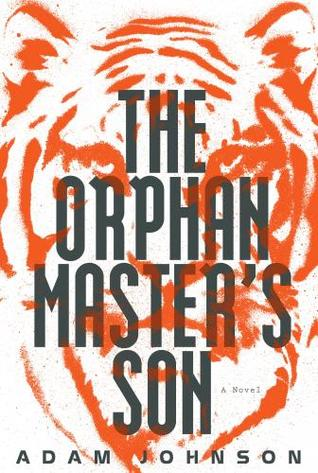 By its very nature dystopian fiction is dark but Pulitzer Prize winning The Orphan Master’s Son is not technically dystopian. It is set in North Korea, which exists (as we are all too aware recently) and yet the events and lives of the characters are fantastical in their danger, impoverishment, and deprivation. The protagonist is Jun Do, a boy whose mother died when he was young but whose father could not be parted from him so his childhood is spent among the orphans in the camp his father manages. The novel follows him from there through his many iterations in a world of almost unmitigated horror where there are such things as pain training (a person is tortured to learn to withstand torture) and where Jun Do learns to separate “his flesh from his brain” in order to survive.

After ‘graduating’ from working in the tunnels Jun Do is able to go to translator’s school to learn English, which leads to a spying assignment on a fishing boat. While there he is inducted into the sailor’s rite of tattooing their wife on their chest (hastens identification if they die while away). Because he has no wife, the captain chooses North Korea’s most famous movie star, Sun Moon, a woman unknown to Jun Do, who has never seen a movie. This is the first link in the ever tightening chain between Sun Moon and Jun Do and the world of North Korea as created by author Adam Johnson. Jun Do will undergo extreme trials, eventually relinquishing his identity in order to reach a woman he has never met.

There is horror in this novel, not just from horrific acts of violence but from simple facts such as people so poor they eat grass clippings and in a desperate need for protein will siphon small amounts of blood to drink from their farm oxen, all of which are illegal acts punishable by being sent to one of the country’s many prison and mining camps. It may be that living in America contributes to the sense of disbelief when reading The Orphan Master’s Son. A population with no access to the internet, no television, and only state sponsored radio? A population of whom the vast majority still believe the U.S. is attacking (and losing) in a war against their country? How can this be true?

What keeps this novel from being too bleak to read is the beauty of the prose. Johnson is brilliant in relaying unbelievable facts with the flat affect of someone for whom they are the norm and yet he also captures the sweetness found in the smallest of objects or in the memories of his characters. The lives of these characters whether they are interrogator, national actress, or tunnel rat/kidnapper still encompass the basic instincts of humanity, in the midst of a surreal world where paranoia is natural and reality is force fed to you by your government. At its most basic level The Orphan Master’s Son is a story of love and how far one man will go to save those he loves. With past and present interwoven throughout the book the ending is known before it comes and yet, still, we hope.

A God in Ruins

The Story of the Great British Bake Off