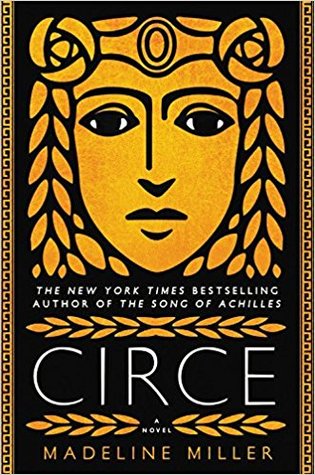 No matter what else you might think about them, no one knows how to do drama like the gods and goddesses of Greek mythology. And no one knows how to translate this drama for the modern mind like Madeline Miller. In her last novel, Song of Achilles, she showed the softer side of the god famed as a warrior. Now she is back with Circe, the story of the daughter of Helios (the sun god) and Perse, a water nymph. She and her three siblings are the first, and only, of the gods who possess powers through the use of materials from the natural world—a gift called pharmaka, or, witchcraft. After Circe uses a potion against another nymph, she is banished from her father’s kingdom. She spends her life alone on an island, expanding her powers until the time when a king from Ithaca lands on her shores. It’s Odysseus, on his way home after fighting in Troy for ten years. What is supposed to be a brief stop to repair his ship turns into a year that, in the best Greek fashion, impacts both the lives of gods and mortals for generations.

To say that there are layers upon layers upon layers to Circe is an understatement. But what makes the novel so marvelous is that Miller is the perfect guide. You don’t need a background in Greek mythology. You don’t need to know who Athena, Hermes, Jason, Oceanos, and Aeëtes are because she shows you, with all the skill of a seasoned storyteller. She takes everything that makes the genre so difficult to wade through—the labyrinthine tangle of familial relationships, the battle between Titans and Olympians (Titans are the new kids and Olympians are the old guard), the myriad slights, jealousy, rage, lust, hurt feelings, and pranks that clutter every god’s life, and makes it not only understandable, but riveting. These are gods, and as such they do whatever they want, whenever they want. Lesser gods and humans are pawns in their games. They are immortal and so

Of all the mortals on earth, there are only a few the gods will ever hear of. Consider the practicalities: by the time we learn their names, they are dead. They must be meteors indeed to catch our attention. The merely good: you are dust to us.

It is only Circe, alone on her island, who is interested in mortals, who cares about them. Maybe because from the time she was an infant her parents considered her to be only a small step up from a human. It is only when her power begins to manifest itself—through work on her part, unlike the gifts of the gods which require no effort—that she is recognized. But even then, it is as a dangerous creature who must be kept apart from the world of both mortals and immortals. The few encounters she has with each are unpleasant and force her to use her potions and spells to protect herself. When Odysseus shows up, she has gained wisdom and control of her actions, but she still falls prey to the oldest of emotions: love.

Despite Circe‘s captivating cast of hundreds Miller keeps the spotlight firmly on Circe. Even with Odysseus, it is her story, her perceptions that matter. She may love, but she never loses herself to a man—mortal or god. Even when she is judged from birth as being inordinately ugly, scrawny, meek, and with an unpleasant voice, she acts when she needs to. It may be with the impulsive viciousness of a teenager—as when she turns the beautiful (but kind of slutty) Scylla from a rival into a hideous sea hag with six heads sprouting from her neck and twelve legs hanging from her belly—but hundreds of years later when she is more mature, she has grown into grace and compassion. Despite being banished to a remote island, time and again, the world comes to her, forcing her to play a part in the lives of gods and men.

Miller is not restrained or struck down by the infinite complexities of Greek mythology. They may be immortal, capable of feats that form the very crux of existence on earth, from pulling the sun across the sky to creating the tides and setting the seasons, but Circe’s pull is because of the humanity Miller infuses into the novel. Circe is only a minor deity, largely ignored by her own kind until she crosses them, but she breathes with the full spectrum of mortal emotions, making the novel brilliant reading. Miller is a literary witch and with the spell of Circe she binds readers to the page, unable to look away, transformed by the tale.

No wonder I have been so slow, I thought. All this while I have been a weaver without wool, a ship without the sea. Yet now look where I sail.

Self-Portrait with Boy: A Novel

The Secret Wisdom of the Earth

An Untamed State
Tuesday Nights in 1980